Some Skin Lesions Are More Than Skin Deep 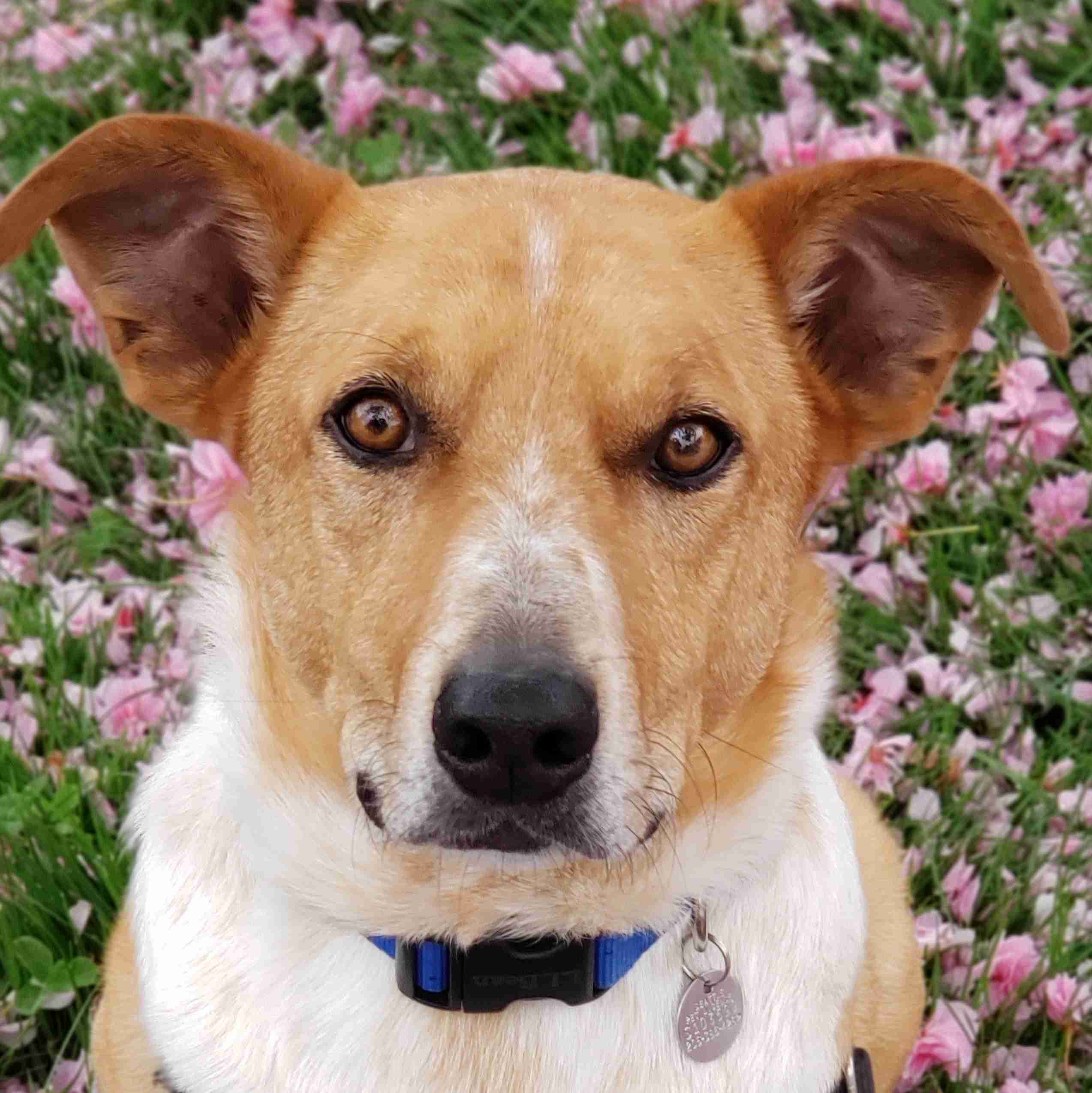 Many active dogs end up with a variety of skin abrasions, scratches, bumps, or wounds over the course of their lives. Sometimes these occur from normal rough and tumble play, or when they are out being active such as hiking. Occasionally skin lesions occur as a consequence of self-trauma -scratching, rubbing or chewing at a particular part of their body. Most of these heal up fairly quickly once we have started treatment. 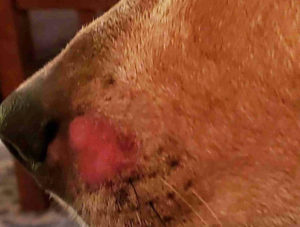 Our Pet of the Month for March is Reggie. He is a handsome Australian Cattle dog mix with a wonderful family. In early February, Reggie returned from a boarding facility with a round, pink, hairless abrasion type lesion on the side of his left muzzle. The owner suspected he may have rubbed his face while boarding.

Reggie suffers from anxiety and aggression and is not a fan of veterinary visits. When he was young, he was evaluated by a veterinary behaviorist and is on regular medication to help him live life more comfortably. His owners have worked with him and have some great routines at home, but he has his limits on what he will tolerate when it comes to medical care, even from his owners.

Reggie didn’t seem to be bothered by the missing fur, and because he doesn’t accept bathing or topical medications, we opted to see if the area would heal on its own. 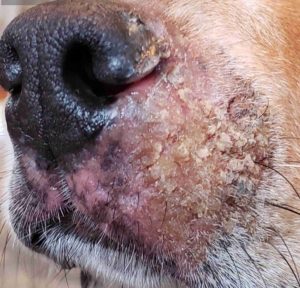 Within two weeks the lesion, looked significantly worse with a heavy crust, and was much larger. In addition, Reggie now had skin sores on the inside of the left front leg.

Clearly, we needed to get some answers. In an easy going dog we might have been able to do some skin cytology and maybe bathe the area and start medications. However, we knew Reggie was going to need heavy sedation for us to do a full exam and evaluate the skin. We didn’t want to sedate Reggie more than once if we could avoid it, so we decided to collect as many samples as possible once he was asleep.

Reggie was pre-treated at home with anti-anxiety medications and admitted to the hospital where we administered injectable sedation drugs. It was minimally stressful for Reggie and while he was snoozing, we were able to get all the samples we needed.

We took pictures, collected some of the crusts and fur for fungal culture and bacterial culture; looked at smears under the microscope for the presence of mites and collected small biopsy samples for histopathology. We also took the opportunity to collect baseline blood samples to ensure that his organs would be able to handle any medications that might be needed.

Then we clipped and cleansed the skin with surgical soap and applied a topical medication to start the healing. Reggie recovered well and went home with oral antibiotics to treat the infection and Bravecto for potential mites while we waited for the final results of the testing. 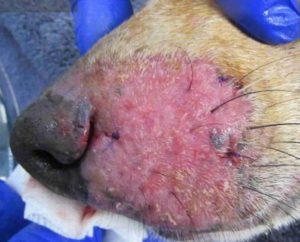 Facial lesion after cleaning and sampling 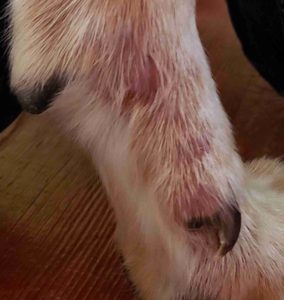 The reports showed that Reggie’s organs were functioning normally which was good news. The lab tests confirmed:

We initially suspected that Reggie had a fungal infection as ringworm lesions on the muzzle can look very similar to the initial red abrasion like lesion he had. The finding of Cutaneous Lupus erythematosus, a form of Discoid Lupus Erythematosus (DLE), was somewhat of a surprise as typically this immune mediated disease involves the leathery part of the nose. There are usually ulcerations and loss of pigment on the nares, neither of which Reggie had. 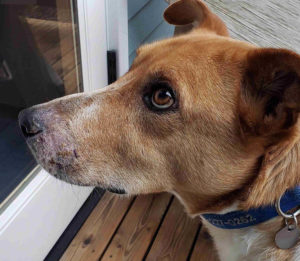 The skin lesion after starting antibiotics

It was advantageous for Reggie, that we sedated him and collected all of the samples at once, as the biopsy samples proved to be the key to getting a definitive answer and formulating a long-term treatment plan. After starting Reggie on the antibiotics, the skin healed quickly and without the biopsy samples we might have missed the important next steps. 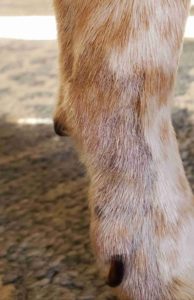 Discoid Lupus is an auto-immune disease, meaning the body is reacting to its own tissues. In order to ensure an effective treatment plan and one that Reggie would tolerate, we consulted with a board-certified Dermatologist. The disease is a life time disease so treatments are focused on managing the symptoms and controlling some of the triggers. Intense direct sunlight can aggravate Cutaneous Lupus so using dog safe sunscreens and avoiding the mid-day sun can be helpful.

However, many dogs eventually need to be on steroids or other immunosuppressive medications. We wanted a treatment plan that would be less likely to require regular blood monitoring as Reggie would need sedation for the blood sampling.

Reggie responded so well to controlling the bacterial infection, and the skin is almost completely healed, so we are starting with daily doses of Doxycycline and Niacinamide. This combination has been shown to have immune-modulating properties and few side effects. Reggie’s owners will need to monitor him regularly for any progression of the disease, knowing we may have to add-in other medications in the future.

Check out our Facebook post for some other fun photos of Reggie enjoying time with his family.

If you have questions about your pet’s skin, call us to schedule an appointment. We are here to help. We’ve included several links with more information about Cutaneous Lupus.