Bentley is a 6 year old Border Collie Mix that has never really liked going to see the veterinarian.  As he grew older, his anxiety about coming to the veterinary hospital only worsened. When we met him, he was uncomfortable in the exam room. He was pacing and panting. He would come up to us and take treats from us, but would only allow us to touch his head. If we tried petting his side he would run away. If he could not run away then he would growl and snap at us.

Unfortunately this is not an uncommon thing among cats and dogs. Many animals go years without seeing the doctor. They miss out on important preventative care because their owners do not want to see them so upset.

Many signals that dogs give to indicate fear go unnoticed by us humans. To the dog, he/she is clearly telling us they are uncomfortable. Many times we either we ignore it, do not notice, or like at the vet hospital we have to perform a physical exam for the dog’s health.

Many animals we see at the veterinary hospital are nervous. Lots of times we make them feel more comfortable with treats and low stress handling so they realize that good things happen here as well. For most animals, this is all that is needed

However, some animals need more than treats and special handling to help them relax enough for an exam. To make veterinary visits less stressful, there are medications that can be given 2-3 hours prior to the visit that reduce anxiety. Many times this is enough that it allows us to examine the dog or cat. With this, we would also recommend “Happy Visits”. This where you and your pet come to the hospital, the pet sits on the scale, goes in the exam room and gets treats. With this there are no negative experiences. This is best done multiple times before the next medical visit. What this does is counter-conditions the dog or cat to associate good things with the hospital rather than bad things.

Occasionally we have animals that are so anxious and scared that they will not allow us to examine them even after taking anxiety medication. Years ago, before we understood animal behavior, these animals would be forcibly held down and quickly given a vaccine. Doing this only makes the anxiety worse. With these animals it is better and safer for them to be sedated for their exam.

Bentley’s First Visit: The doctor and his owners both agreed that it would be better to delay the exam and try giving him some anti-anxiety meds 2-3 hours prior to the next visit.

Bentley’s Second Visit:  Unfortunately the medications did not decrease Bentley’s anxiety enough to allow us to safely examine him. After discussion with Bentley’s owners, it was agreed to sedate him for his exam.  Bentley had a mass on his leg that was bleeding so it was very important that he have a full exam and so that we could further evaluate the mass.

Bentley’s Third Visit: Bentley came in with the anxiety medication given at home. We then gave him a sedation injection.  This normally takes effect in 20 minutes. Bentley did become mildly sedated but whenever we tried touching him he would wake up. We ended up increasing the dose of sedation and gave him another injection. Bentley STILL was not sedate enough to perform a physical exam safely. It is not safe to keep increasing the dosage of the sedation injection so it was decided to send Bentley home and try again a different day with a new sedation protocol.

Why did the sedation not work?

Animals that have extreme anxiety like Bentley are in fight or flight mode. It is not uncommon to see animals that are able to overcome the sedation when they are at this level of arousal. If Bentley was not stressed out then, he would have been sedated. Finding the right solution for an anxious animal can be time consuming and a long process. There are many different options available now so we are much better able equipped to help many more animal than in the past. 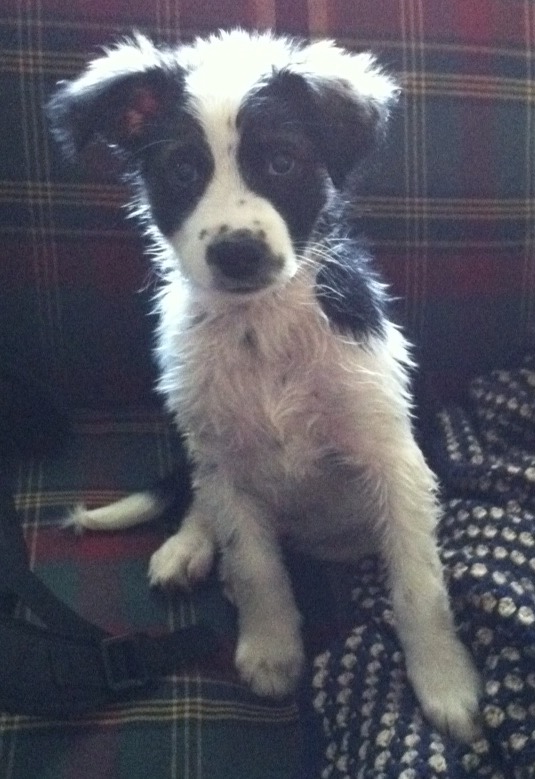 Bentley’s Fourth Visit: We changed the sedation protocol and this time it was a success. We were able to do a full exam, give his routine vaccines, and check blood work and urine. We planned ahead and the mass on Bentley’s leg was removed.

It was a long road to get to this point but, it was well worth it as the mass came back cancerous.  We were so glad that Bentley’s owners did not delay bringing him in because we caught the cancer early and were able to completely remove it. The tumor was a Grade I soft tissue Sarcoma. In Bentley’s case waiting to take him to the vet could have cost him his life.

Bentley is an extreme case. We are able to manage most animals with low stress handling, lots of treats and sometimes medication. It is tempting to put off veterinary care for animals that get stressed or anxious. Fortunately, now we have many tools we can use to help minimize the stress of both the animal and the owner while still giving them the high quality care they need.