Have you noticed a lump or bump on your cat or dog? 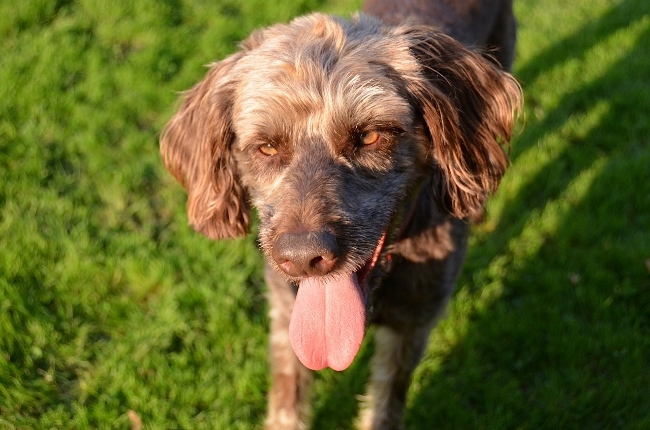 Rusty is our pet of the month for January. He is a 7 year old labradoodle who loves to carry his stuffed toy bone around with him, even while at Hawthorne Hills Veterinary Hospital for his preventive care examinations. 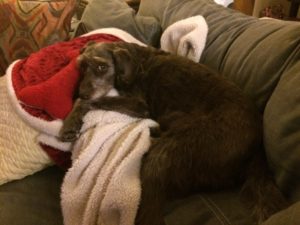 Last summer, while Rusty was here with his stuffed toy, some lumps and bumps were found on his skin. Two of the lumps were very small skin masses and the third lump was much larger (about 4cm diameter) and was located on Rusty’s underbelly.

Dr. Shawna Wedde measured each of the masses and recorded them in the medical record. She also recommended sampling all three of the lumps during the exam. Unfortunately, samples were difficult to obtain from the smaller ones due to their size and characteristics.

However, the third larger mass was sampled and diagnosed as a lipoma, a benign tumor that is very common in dogs. While lipomas are benign, they can become quite large and unsightly. In some cases, when lipomas are located near joints, they can result in mobility problems. Rusty’s lipoma began to grow slowly and due to its location, Dr. Wedde recommended removing it sooner rather than later so that it would be a quicker and easier surgery, reducing the risks of surgical complications and shortening 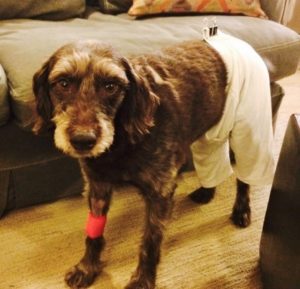 time. Shortly afterwards, Rusty had his procedure. All three masses were removed successfully and Rusty is now free of his

While there are many growths on dogs and cats that are benign (like Rusty’s lipoma), there are also many lumps and bumps that behave more aggressively. Any of these should be looked at by your veterinarian, measured and recorded in their medical record and possibly sampled for further evaluation.

When should you consider surgical removal of a mass on your dog or cat?

There are number of things that are taken into account when making this decision. The size, shape and growth rate of individual lumps and bumps helps to determine the urgency with which they need to be addressed. Any lump that is growing quickly or 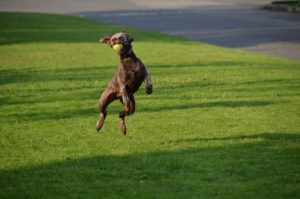 es shape is a cause for concern. For this reason, the doctors at Hawthorne Hills Veterinary Hospital record each lump and

bump on a “body map” located in the pet’s medical records for future reference. This helps us keep track of the size and shape of different lumps over time.

In most cases, the first step is to sample the mass with a small needle (called a fine needle aspirate) and examine the cells, as was done with Rusty’s lump. This helps us determine if the mass is likely to be benign or aggressive and helps us determine if surgical removal is needed. If a mass is determined to be cancerous, it should be removed promptly to increase the likelihood that we are able to get rid of the entire growth. This also provides a quicker, less complicated surgery and prevents further complications from the spread of cancer to other parts of the body.

If your cat or dog has any new lumps or bumps or you have noticed an old lump changing size or shape, it should be evaluated by your veterinarian right away.