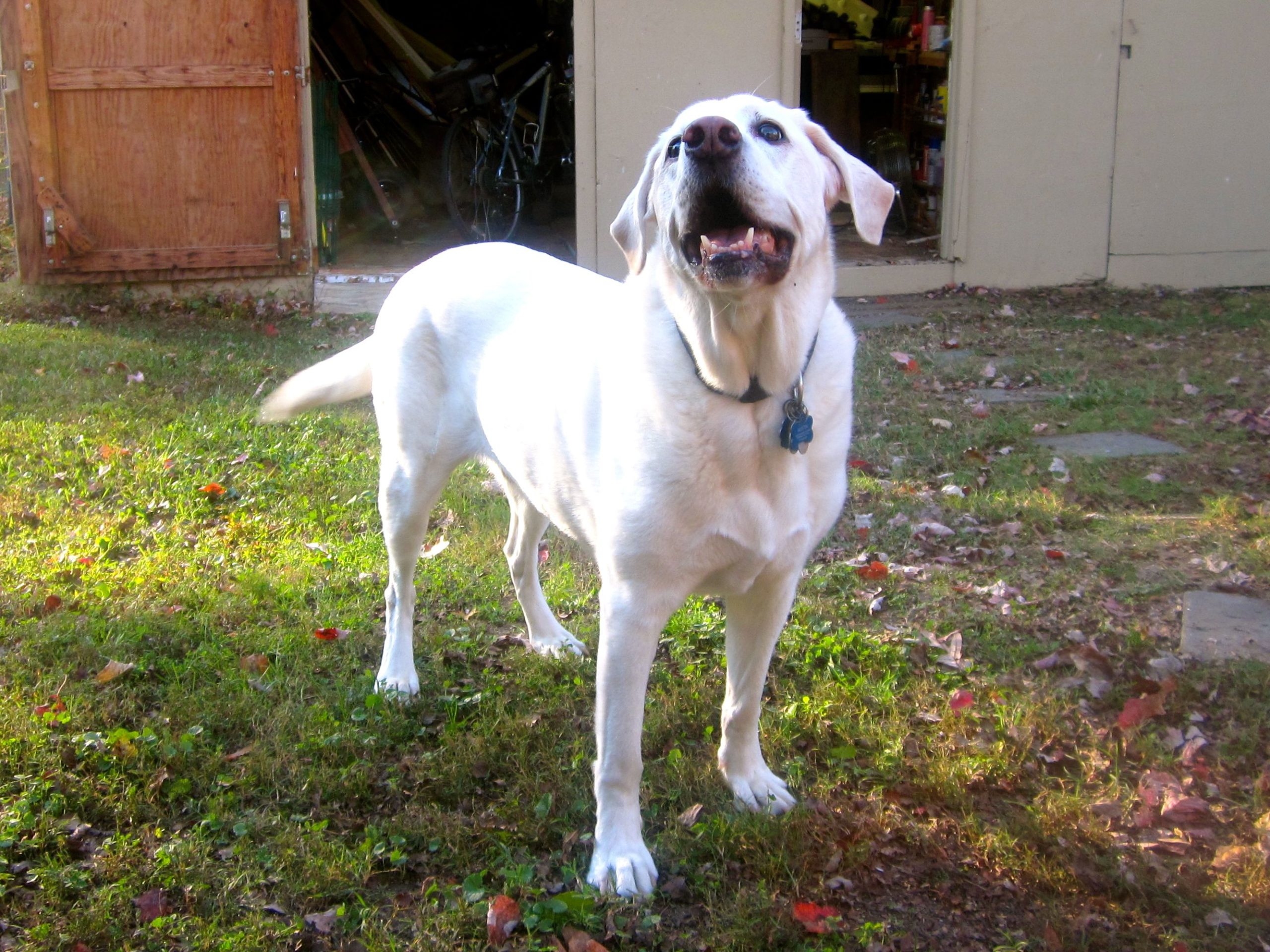 Osteoarthritis affects many of our older canine patients. It is a painful process that occurs when cartilage in the joints starts to breakdown making movement uncomfortable to excruciating in some cases. While this alone will affect quality of life, there are other problems that can arise from immobility, reduced mobility or even reluctance to move around.  When it is painful for senior dogs to rise, they are sometimes less enthusiastic about going outside to urinate and will wait for longer periods of time before getting up to eliminate. This gives urine more time to sit in the bladder and serve as a petri dish for bacterial contamination from the urethra which would typically be voided with normal urination. When this occurs, at best, it can cause a bladder infection and at worst, a potentially life threatening kidney infection. 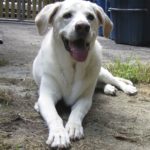 Austin, our Pet of the Month for April, first came to Hawthorne Hills Veterinary Hospital in December after a very long drive with his family from North Carolina to Seattle. Shortly before his family’s move, Austin had been to his veterinarian and had bloodwork done. For the most part everything looked normal except for a mild liver enzyme elevation. Due to Austin’s arthritis, his previous veterinarian had started him on Tramadol and Gabapentin (two pain medications) and he had also been treated with therapeutic laser. Austin was also on famotidine (Pepcid AC) for occasional gastric reflux. When we first met Austin, he was the typical happy yellow Labrador and was seen for mild allergy issues. We rechecked the blood work and performed a urinalysis (the sample was collected by ‘free catch’) for screening purposes. While the liver enzyme elevation was still mild and unchanged, the urine was very dilute and a variety of bacteria were seen when the urine was analyzed. The challenge with looking at ‘free catch’ samples is that there are sometimes bacteria in the urethra that are not causing a problem. However, Dr. William Riley decided to recheck another free catch urine sample two weeks later just to make sure. While the urine was still dilute, bacteria were not seen in the urine this time. Dilute urine however, can be a result of many things including kidney disease. Austin’s blood kidney values were normal so the immediate suspicion was that Austin was most likely a dog that really loves to drink water. Less likely are other conditions such as a rare form of diabetes called Diabetes Insipidus. Our plan was to figure out how much water Austin was drinking then reduce that amount slowly to see if the kidneys could concentrate urine properly. 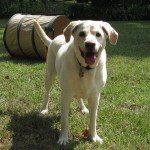 At the beginning of February, Austin did something very few Labradors ever do and started refusing to eat. Over the next few days he started ‘acting older’. According to Austin’s owners, he had become pickier about food the past few months and his arthritis seemed to be getting progressively worse and now seemed to be excruciating. Austin was again seen by Dr. Riley, but he was not the happy dog we had seen earlier the month before. This time Austin would get up when called but really just preferred to lie on his side. On exam, he seemed very uncomfortable when feeling his belly and Austin also cried out when palpated over his back in the region of the kidneys. Additionally, Austin had a fever. Due to severity of Austin’s presenting complaints and need for immediate ultrasound, we referred Austin to ACCES-Seattle. The ultrasound identified changes in the kidney that were consistent with a kidney infection. In this area Leptospirosis is always a possibility when pets present for kidney and/or liver issues especially when combined with fever. Fortunately, Austin was negative for Leptospirosis which also is a potential risk to human beings. After initial intravenous fluids and antibiotics, aggressive oral antibiotic treatment based urine culture and sensitivity was continued for several weeks after it was found that the kidney problems were due to an E. Coli infection. Austin slowly recovered over the next few weeks and is now the happy boy we first met in December. 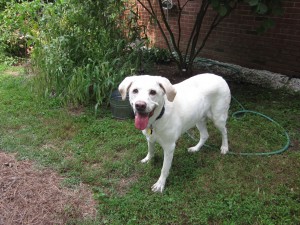 Male dogs seldom get bladder or kidney infections when they are young but the problem becomes much more common when arthritis starts to slow a dog down making them more sedentary. Less commonly, they can also develop prostate infections. This is just one of the many reasons why it is important to have routine checkups, ideally every 6 months as dogs get older. It is well known that pets can hide symptoms of disease. The regular examinations are an opportunity for our doctors to examine each patient for changes, and for specific things like joint pain. This also allows us a chance to find out what is going on in the inside by evaluating baseline preventative care lab work (no pun intended) which includes bloodwork and, the often overlooked but essential, urinalysis. The earlier we know what is going on, the more options you have for treatment, and the earlier you can get your pet on a path of feeling better and staying healthy.

Link for information about Leptospirosis: http://www.veterinarypartner.com/Content.plx?P=A&S=0&C=0&A=573