What you need to know about Leptospirosis in Seattle.

Home » What you need to know about Leptospirosis in Seattle. 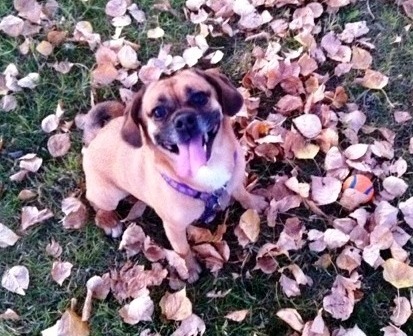 Our Seattle veterinarians explain that there is no place where a pet is completely safe even if they are 100% indoor.

In late August, Coco, a 6 year old spayed female pug mix, was presented to Hawthorne Hills Veterinary Hospital in Seattle, Washington after she started vomiting the day before her physical exam. Two days before and until the morning of the exam appointment, Coco’s appetite had been slightly decreased and she seemed more tired at night, but otherwise her energy level was normal. Her exam with our Seattle veterinarians seemed normal except for slightly tacky gums (sign of mild dehydration). There was initial concern that Coco may have eaten something that was now stuck in her intestines which might require surgery to remove. Also, Coco’s owner stated that Coco drank some stagnant water in the past week but she went to dog parks frequently and had no problems in the past. Simple gastroenteritis (upset stomach and intestines) or more severe blue-green algae toxicity or Leptospirosis were also possible but less likely reasons for Coco’s symptoms. 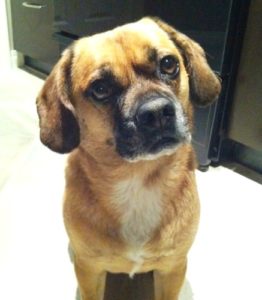 The radiographs (x-rays) taken at our Seattle veterinary hospital did not suggest intestinal obstruction but did show what appeared to be an abnormal left kidney and evidence of gastritis (upset stomach).  Blood was obtained to be sent to the lab and Coco was treated with injections to stop vomiting and decrease stomach acid. A low residue food was sent home that would be easy on the intestines while we waited on lab results. Coco’s presentation was consistent with acute gastroenteritis and overnight improvement was expected based on physical exam and her activity level during the exam.

We received lab work results early the next morning. The lab results showed that Coco was in severe kidney failure. Instantly, the concern of Leptospirosis as a very likely diagnosis arose. Liver parameters were normal which are commonly elevated with most Leptospirosis infections. Leptospirosis titers were ordered and the owner was called to admit Coco for emergency treatment which included further diagnostics (additional bloodwork, urine culture, and abdominal ultrasound), aggressive IV fluid therapy, and antibiotics as well as close in-hospital monitoring for the next 2 weeks. Unfortunately, Leptospirosis titers usually take about 7 days to perform.  After one week, a state official from Olympia in charge of infectious disease reporting called with unequivocal confirmation of Leptospirosis infection. During that time, Coco’s liver parameters did rise significantly as expected but kidney values slowly normalized. Treatment was continued 1 additional week on an outpatient basis. Currently, liver values are being monitored and are expected to resolve within a few weeks. Coco is expected to recover but the exact degree of kidney damage will be hard to assess for some time even if all values return to normal. 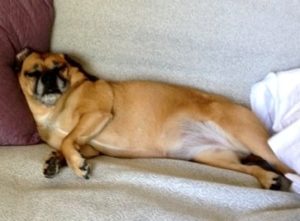 While Leptospirosis can be a devastating and sometimes fatal illness in dogs (and very rarely cats; We only know of 3 cases), it also has the potential of infecting humans causing symptoms ranging from flu-like to kidney and liver failure as seen in dogs. Leptospirosis is a spirochete bacteria spread by urine of wildlife such as raccoons, opossums and rats. Common places to contract the illness are areas with standing water and where populations of wildlife congregate. Unfortunately, in the Pacific Northwest there is no place where a pet is completely safe even if they are 100% indoor (cases have been seen in high rises in New York City due to rats) and backyard only indoor dogs are also at similar risk to hiking and active dogs (due to our hidden raccoon population).

While there are many types of Leptospirosis, vaccination to help prevent the major types causing illness is available and recommended to reduce the risk of contracting the infection. If possible, it is still important to avoid high risk areas since no vaccine is 100% effective. However, studies have shown dramatic reduction in susceptibility to infection in dogs that have been vaccinated within the previous 12 -15 months of exposure to Leptospirosis. The vaccine is for dogs only and is given annually after an initial 2 vaccine booster series.