A Whole Lot of Shakin’ 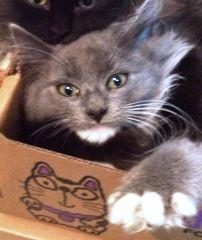 Most people bringing home a new kitten expect to have a healthy rambunctious companion. Lionel was adopted along with another young kitten in December 2011. At three months of age he was active and appeared very healthy.

Unfortunately, within a few weeks he had a couple of seizures at home – the first several were short (less than a minute) but eventually the seizures increased and made him “jump around like Elaine’s crazy dancing on Seinfeld”. Lionel however seemed to recover quickly according to his family.

Seizures can be caused by a number of different medical issues and can be especially concerning when the patient is so young. The list of causes can include such things as toxins, infections [in cats diseases like Toxoplasmosis, viruses like Feline Leukemia (FeLV), Feline Immunodeficiency (FIV), Feline Infectious Peritonitis (FIP)], congenital abnormalities that involve the brain or the major organs, and idiopathic epilepsy.

Our Seattle veterinarians evaluated Lionel for the most common infectious diseases, ruled out any chance of toxins (he lives indoors and is closely supervised when outside on his leash), and could not find any problems with his major organs based on blood and urine testing. Idiopathic Epilepsy was presumed and Lionel was started on Phenobarbital. Initially he responded but then the seizures again became more frequent.

Lionel was also seen by a local neurologist as an additional measure to help formulate the best treatment plan. An MRI of his brain was suggested as was adding in a second anti-seizure medication. Lionel’s owners opted to try the additional medication first and so far Lionel has been responding well. His seizure frequency has decreased significantly and he is enjoying spending time with his family and his housemate Corrina. 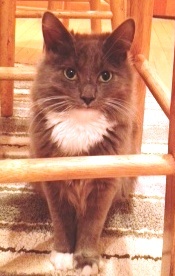 For more information about seizures in pets go to: