Is it a burr, or a nodule? What’s hiding underneath that scab?

Home » Is it a burr, or a nodule? What’s hiding underneath that scab? 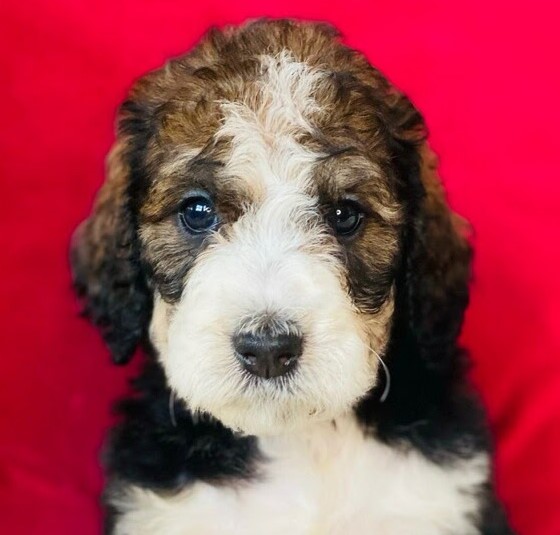 Zilphie is our pet of the month for June. She is a young Bernese Mountain Dog mix who loves to go to the park. We received a call from Zilphie’s owner saying there is a burr sticking in her fur around the muzzle. They tried to remove it and found an area of raw skin and Zilphie was really sensitive to touching the area. So, they decided to bring her in for an exam.

It is not uncommon for our dogs to get plant material in their fur when they are out especially in summer on walking trails, at parks or going for hikes. Burrs tend to cling to fur whenever they brush up against them. Mostly burrs are very superficial in the fur and it does not cause any discomfort or bleeding of the skin. In some cases, they can embed deep in the skin and if not removed, can get infected.

Zilphie’s nose is to the left; the nodule is on her muzzle.

When we saw Zilphie for her exam and had a closer look at her muzzle we found it was actually a skin growth that had scabbing over the top, not a burr. We discussed with her owner that it is a skin growth and recommended taking a sample for cytology.

Skin masses or tumors can be neoplastic or non-neoplastic but indistinguishable on physical exam and a cytology sample is needed to see what kind of cells are present. There are various methods to collect samples, often we use techniques such as a needle aspirate or making impression smears.

In Zilphie’s, case we suspected this growth to be a cutaneous histiocytoma based on the appearance and her young age.

Cutaneous histiocytoma is one of the skin tumors that exfoliates well, meaning it gives up cells more readily during sampling, so we decided to take impression smear (no needle poke so Zilphie hardly noticed the sampling) and sent it to the lab. The results confirmed the growth is a Cutaneous Histiocytoma.

The cells that make up a Histiocytoma are called Langerhans cells and are associated with normal immune system responses. Sometimes the Histiocytoma arises following some sort of trauma, an insect bite, or local infection. Instead of the normal process, the cells proliferate and create the nodule. Some of these become itchy and inflamed, in which case topical medications can be helpful in preventing dogs from scratching at the area.

Here are some facts: 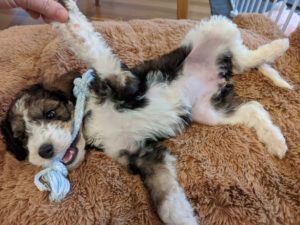 Zilphie having fun at home

We explained the results to Zilphie’s owners and recommended monitoring at home for regression of her skin growth.

We encouraged them to send us pictures for monitoring instead of having  her come in for rechecks.

The nodule is gone, just a little redness remains

Here’s what Zilphie’s owners had to say when we called for an update:

‘So that growth on Zilphie’s snout fell off completely at the groomers, and I can’t find more than a small patch of reddish skin to show it was ever there at all. I can’t manage to get a photo of the reddish patch, but there’s a shot of the area where it was.’

We can clearly see that the growth has regressed a lot in about 3 weeks. We will continue to monitor until the skin is all cleared up.

Other Common Skin Nodules in Dogs: