One in a Million: Male Calico Cats

Home » One in a Million: Male Calico Cats 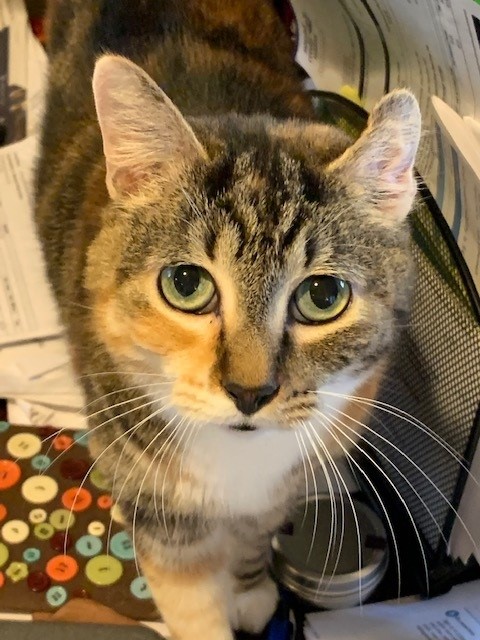 This month we have a very special pet of the month. Manny was recently adopted and brought to Hawthorne Hills Veterinary Hospital for his check-up. The veterinarian looked at him from a distance and immediately stated that we will need to update our records because they state that he is a male, when clearly, he is a female!

Why did the veterinarian think she could tell the sex of a cat by just looking from across the room?

First, we should discuss the definition of calico and tortoiseshell coat colors. 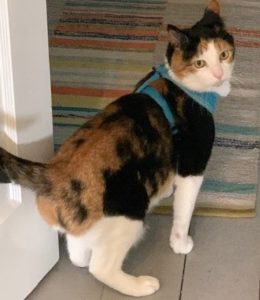 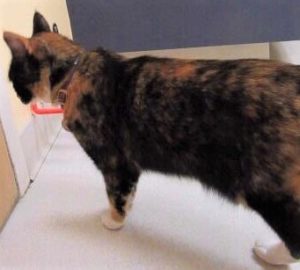 Calico coats have large patches of orange, black and white. Tortoiseshell cats have mottled orange and black colors usually with little or no white.

The stripes that we see on a cat’s coat are also related to the pattern, but not specifically the color. However we can generally see the stripes in a lighter color (orange) but they may be hidden in a darker color (black). Calico and Tortoiseshell cats can also have tabby marks within the colors – this is known as a ‘patched tabby’ pattern; sometimes also referred to as Torbie or Tortoiseshell Tabby. There are different genes that come in to play to determine the pattern of stripes or spots and how they are expressed in a given cat.

The white color is coded separately on a non-sex chromosome.

How can Manny’s coat have black, orange and white since he would need to be genetically XX in order to have both orange and black coat colors? We know XX equals female genitalia so how can Manny be male?

There are three ways that this can happen:

We would need to do further testing called karyotyping to find out what which type Manny is.  Regardless, Manny will live a long and happy life. 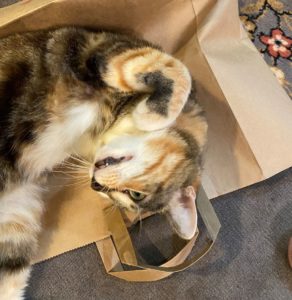 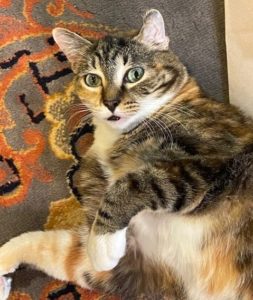