When Young Dogs Don’t Feel Right – Could it be Addison’s Disease? 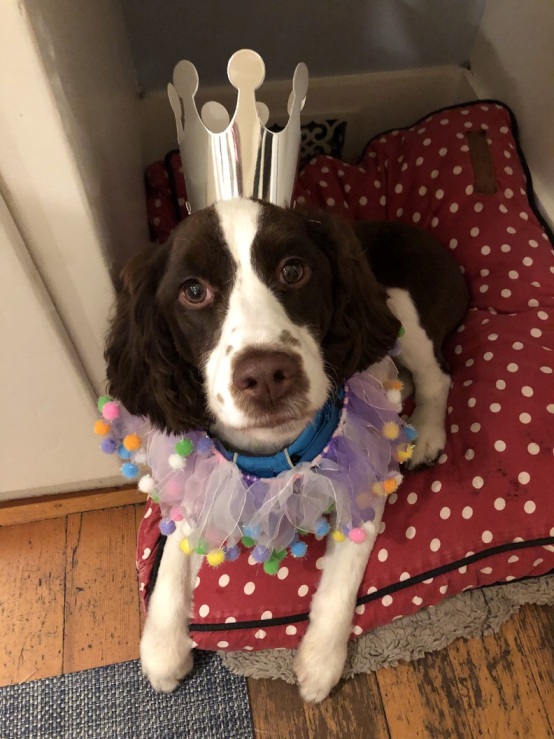 Poppy is a spunky lovable young Springer Spaniel dog who had a very normal puppyhood and was seen regularly for her vaccinations, her spay surgery and some visits in between just to say hi to our team. We were very familiar with her personality and her energy.

In early June of 2019 Poppy and her owner had been down to the Oregon coast and having fun with another dog pal. Initially Poppy was acting fine, but the following morning she was acting sick; her owner noted that Poppy was lethargic and shivering and had some discolored drool that smelled rancid. In additional the owner reported that Poppy was acting painful and avoided being touched which was highly unusual. When they returned to Seattle, an appointment was made at Hawthorne Hills Veterinary Hospital. 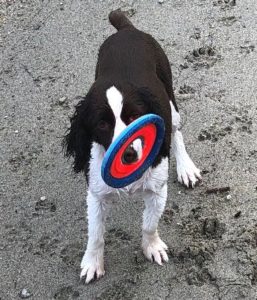 Poppy at the beach

There are all sorts of possibilities to explain why a young active dog, who has been playing at the beach might be sore and painful. We were concerned for a possible wound, perhaps an injury that affected the mouth and explained the stinky saliva, or could Poppy have ingested something from the beach that was causing a problem? At her visit, Poppy’s temperature, heart rate and respiration were all normal. We couldn’t find any particular issues and she was back feeling normal so she was sent home under the watchful eye of her owner.

A month went by and then in late July Poppy returned to the hospital because her owner thought she maybe had a urinary tract infection. Poppy had been urinating in the house and wasn’t feeling or acting her normal bubbly self. She had not had any tummy upset but was drooling, and she growled at her owner when she was trying to pick her up; this seemed similar to the episode following the weekend at the beach. However, during the exam, Poppy’s bladder felt small and thickened and although we were unable to get a urine sample from her, we were concerned for an infection or potentially bladder stones. We started her on antibiotics and some anti-inflammatory medication for a few days to help her feel more comfortable. Once her meds were finished, we were able to collect a urine sample for testing. Despite the antibiotic treatment, Poppy did have a urinary tract infection and a significant number of phosphate crystals, which increased the concern for bladder stones.

She was scheduled for abdominal radiographs which were unremarkable for any bladder issues that may have contributed to the urinary tract infection. The plan was to finish the full course of antibiotics for the infection and monitor for any other symptoms. Within a couple days, Poppy had quit eating except for a few bites of boiled chicken. In addition, she was turning down her normal treats and sleeping more although her inappropriate urination had resolved.

Addison’s disease (hypoadrenocorticism) is associated with the adrenal glands and under production of normal hormones. The glands lay in the body just in front of the kidneys and their job is to provide a number of important hormones that help the body respond to stress and modulate a number of other important body functions. Patients with Addison’s disease often show a variety of symptoms that ebb and flow; some days feeling very normal and active, other days acting lethargic. They may also have vomiting or diarrhea, act weak or shiver. The disease is potentially life-threatening if it is not diagnosed and treated before a crisis. Poppy was experiencing a variety of symptoms and in an effort to get a correct diagnosis, we felt it was important to get blood tests including a baseline Cortisol level to screen for Addison’s disease.

Poppy’s blood work showed elevation of BUN and Creatinine (kidney values), a decrease in Sodium and an increase in Phosphorus (electrolytes). Her thyroid level was normal as were her liver values. Her baseline Cortisol level was < 0.2ug/dL which was extremely low (normal is above 2.0ug/dL). These changes were all consistent with Addison’s disease. We confirmed her diagnosis with an ACTH Stimulation test because this is a lifetime disease and we wanted to be absolutely certain we were treating her appropriately.

Treatment for Addison’s depends a bit on the specific patient, but in Poppy’s case she has responded well to injections of DOCP (Percorten or Zycortal) every 25 days which replaces her mineralocorticoids, and oral Prednisolone every day which replaces her glucocorticoids. It took several weeks for Poppy to be back to feeling and acting completely normal. She’ll continue her medications every day, and have her blood tested periodically throughout her life to ensure her disease is well controlled. With proper treatment and monitoring, she’ll be able to live a very full and normal life. 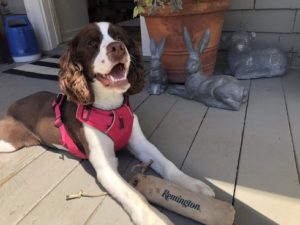 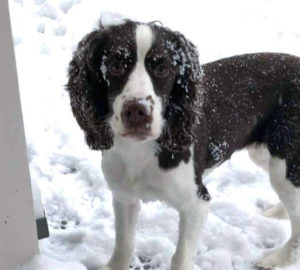 Poppy Playing in the Snow