Is Your Dog Scratching Endlessly? Environmental Allergies can be Aggravating! 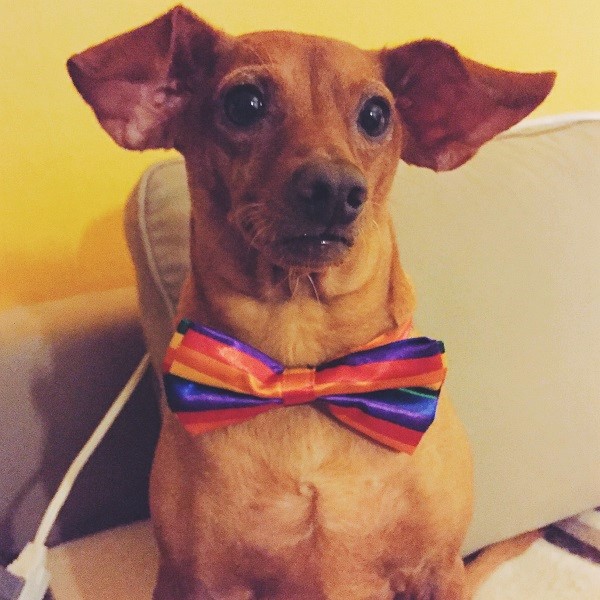 Scratching, chewing, rubbing, odor, fur loss, red sores, crusts. Does this sound like your dog? Allergies are extremely common in our Seattle area and can be a frustrating and challenging medical issue for your pet. Unfortunately, ‘allergy’ is not a single diagnosis. The symptoms of itching and fur loss can be caused by infections, parasites, reactions to the environment, or foods, and can be complicated by other medical issues.

Finding the right solution can take diligence and persistence on both the part of your veterinary team and yourself. Here are some factors that must be considered:

You can see there are myriad of questions to be asked and answers to be sorted to get to the root cause and to create an effective treatment plan for each patient. 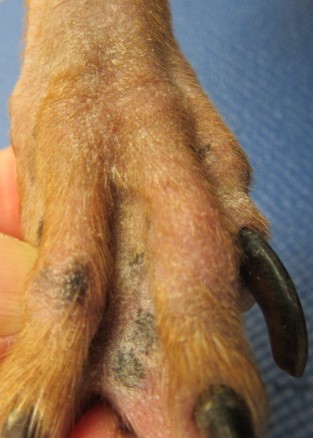 Bruce Wayne is a spunky 5 year old Dachshund/Min Pin mix. His owner brought him to Hawthorne Hills Veterinary Hospital in search of some long term solutions. Bruce Wayne was adopted from a shelter in California in 2013. At that time he did have some skin issues associated with Demodex mites, but he was treated and his lesions resolved. However, within six months he was having additional skin problems – severe itching (pruritis), loss of fur, redness, and discomfort. He was evaluated and treated by several veterinarians in California. When his owner moved to Seattle, Bruce Wayne continued to have allergy symptoms and was seen by several different veterinary facilities. Eventually, Bruce Wayne was evaluated by a veterinary dermatologist who confirmed through skin testing that Bruce Wayne is allergic to quite a few environmental pollens in addition to house flies, mosquitoes, cat dander, and feathers. He has confirmed Atopic Dermatitis or Atopy.

Bruce Wayne initially responded well to the dermatologist’s plan, but over this past summer and fall Bruce’s symptoms became significantly worse and didn’t seem to be improving. When we evaluated Bruce Wayne, he had lost much of the fur over his body from itching and biting. He was pretty miserable!

To understand what else was contributing to the persistent lesions, we collected blood, urine and fecal samples to rule out any underlying health issues. Thyroid disease, diabetes, Cushing’s disease, liver disease, and parasites can all affect how the body responds. Fortunately these tests were all normal. We then collected samples of the skin lesions for cytology, mite evaluation and cultures. We identified a wide-spread bacterial and yeast infection and while Bruce Wayne had been on antibiotics for a considerable time in the past, the infection had not been cleared. The cultures helped us pick the correct antibiotic and medicated shampoo.

Treatment for atopy and allergies in general is focused on: 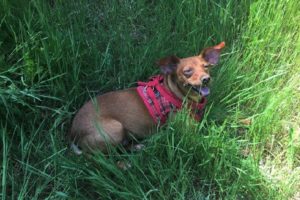 Bruce Wayne has responded extremely well to treatment and his owner says he is the most comfortable he has been in a long time. However, he still has some skin and ear issues that will require ongoing care and attention. His allergies will need long term therapy to keep him as happy and healthy as possible. He is lucky to have an owner who was willing to persist in finding the right veterinary team to help her, and who is dedicated to providing Bruce Wayne the home care that he requires.