What can be hiding in your pet’s ears? 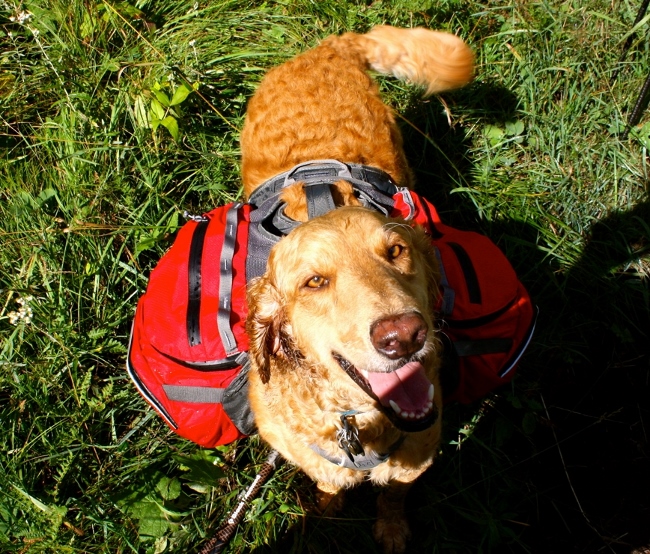 Our Pet of the Month for February is a 3 year old retriever dog. Like most retriever dogs, Lula is no stranger to the occasional ear infection. However, last summer, Lula had an ear infection that just wouldn’t go away. 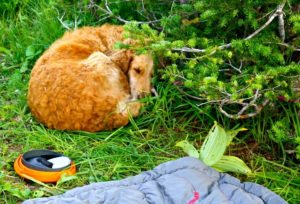 Lula spent much of the summer swimming and playing outdoors with her family, but late in August she started shaking her head and scratching at her ears. Lula’s family suspected that she may have an ear infection, so they brought her into Hawthorne Hills Veterinary Hospital to have her ears checked out. During her exam, Dr. Shawna Wedde noticed that her right ear was very red and inflamed with quite a bit of brown debris in her canal. The ear drum was barely visible past the debris, but looked very healthy. The left ear was healthy with no visible signs of infection.

Dr. Wedde proceeded to take samples from both ears. She put the samples on the slides and stained them to look at them under the microscope. This is a very important step in treating ear infections. The doctors and veterinary technicians at HHVH examine the slide for bacteria, yeast, inflammatory cells and more. Knowing what type of infection is present in each ear helps the doctors determine the type of medication and/or ear cleaner to use and the length of treatment. After examining the slides from Lula’s ears, Dr. Wedde determined that Lula had a mixed infection of both yeast and bacteria in her right ear. 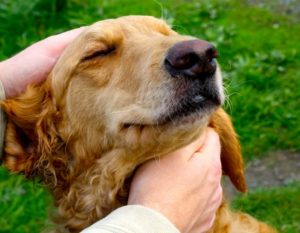 Lula was sent home with an ear cleaner and an ear medication. Lula’s infection in her right ear seemed to be clearing up normally, but soon after Lula’s family was concerned that she may have an infection in her other ear and wondered if they could use the same medication in that ear. Because some ear medications and cleaners can be toxic to the ear if the ear drum is damaged, Dr. Wedde asked that Lula come in so she could make sure it was safe to use the medication in the left ear.

During the exam, Dr. Wedde noticed that there was quite a lot of redness in the left ear just as Lula’s family had said, but she was surprised to see that the right ear still had a lot of debris and inflammation after over a week of treatment.  Dr. Wedde recommended treating both ears for one more week, then asked to see her back to be sure that the infection was clearing up appropriately. 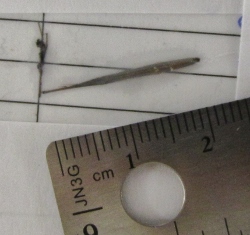 One week later, Lula came in for her recheck appointment. The inflammation and debris in both ears had resolved, but Lula was still scratching and shaking her head. Dr. Wedde looked into both ear canals and noticed something strange in the right ear. Now that all the debris had cleared up, a foreign object could finally be seen sitting right in front of the ear drum. Lula was sedated in order to safely remove the object from the right ear canal without risking injury to the ear drum. Dr. Wedde was surprised when the foreign object ended up being a 2 cm long grass seed!

Following removal of the grass seed, Lula’s ear infection finally cleared up and she has been doing well ever since!