A Leg Amputation Doesn’t Have To Slow Your Pet Down 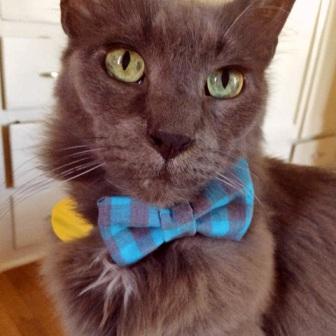 Sometimes cancer leads to the loss of a leg, yet most pets adapt well to their altered mobility and get back into living life. Our Pet of the Month for November is a bow tie wearing kitty named Errol. Not only does Errol don stylish bow ties from time to time, but now he also struts his stuff while walking on three legs instead of four.

A lump was first noticed on Errol’s right shoulder last December. Doctors at Hawthorne Hills Veterinary Hospital collected a fine needle aspirate of the lump to clarify the cause and to plan a course of treatment. The results of the aspirate suggested that the mass could be either inflammatory or cancerous so a biopsy was taken a few weeks later revealing that the lump was in fact a cancerous tumor, called a fibrosarcoma. 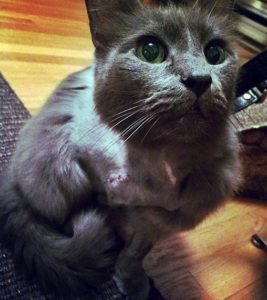 Errol’s owner considered the pros and cons of surgery. Over time, Errol’s fibrosarcoma tumor continued to grow and ultimately became infected. At that time, Errol was referred to a veterinary surgeon for removal of the tumor; due to its size and location, Errol’s right front leg was amputated in order to remove the tumor. The surgery was successful and Errol recovered wonderfully.  He quickly learned how to maneuver himself around on three legs and seemed even happier and more energetic than before. Turns out that for most of his life Errol had three legs and was carrying around leg number four as a spare.

Fibrosarcomas are relatively slow-growing tumors. While they do not commonly spread to the rest of the body, they do invade deeply and widely in a localized area, making them difficult to remove completely. For this reason, the doctors at Hawthorne Hills Veterinary Hospital strongly recommend that any abnormal lump or bump be sampled with a fine needle aspirate to determine if it is cancerous. This allows for early intervention and less invasive removal.

In cats, these tumors were initially thought to be caused by vaccination. However, further research has shown that frequent injections of any kind at a single location may trigger tumor development. For this reason, these tumors are often called “Feline Injection Site Sarcomas”. Research also suggests that some cats are genetically predisposed to tumor development. While these tumors are rare, steps have been taken by veterinarians, including the doctors at Hawthorne Hills Veterinary Hospital, to decrease their occurrence rate. These steps include vaccinating only as often as necessary and giving vaccines and other injections at separate locations on the body rather than all in one place.

To read more about sarcomas or limb amputations, click on the following links: 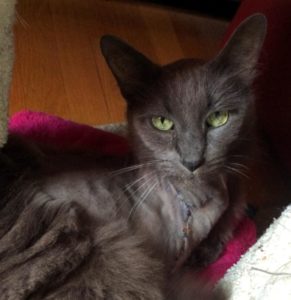