Expanding waistline? When is a dog’s pot-belly more than just weight gain?

By Daryna Salii September 6, 2013 No Comments 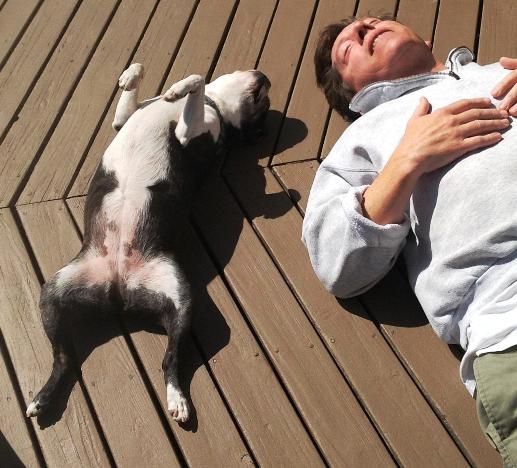 Growing old can be tough even for dogs. Lucy, an 11 year old Boston Terrier, wasn’t ever a super active dog, yet her owners thought she was definitely slowing down. When she started having urinary accidents in the house, something that was very unusual, her owners became worried. 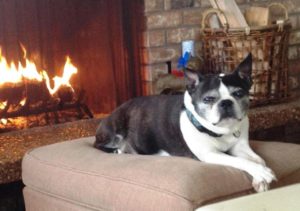 Dr. Robin Riedinger evaluated Lucy at our Seattle veterinary hospital and was immediately concerned. Lucy was alert but very subdued compared to past visits. Her weight was increased but her strength and muscle tone had decreased. She had a ‘pot-bellied’ appearance (her tummy girth was measured at 59cm) and she was a little uncomfortable when her abdomen was palpated. In order to better understand what was occurring, we admitted Lucy to Hawthorne Hills Veterinary Hospital to get radiographs, blood tests, and a urine sample.

On the radiographs (x-rays) there was evidence that her liver was enlarged and some changes consistent with her age, but fortunately no indication of a cancerous mass causing the distension of her belly. The blood and urine testing pointed us in the direction of Cushing’s disease, also known as Hyperadrenocorticism. Lucy’s body was overproducing Cortisol and causing the symptoms she was having – increased thirst, increased urination, muscle weakness, and a pot-belly.

There are several causes for this syndrome and additional testing was necessary to determine whether the problem was because of a change in her Adrenal glands, or because of a change in the Pituitary gland which tells the body how, and when, to produce more Cortisol. Ultimately, with the help of an internal medicine specialist, Lucy’s disease was confirmed to be in the Pituitary gland of her brain; she most likely has a Pituitary Macroadenoma which is a type of tumor. Although the tumors are considered benign (not cancerous) they still cause problems because they take up space and put pressure on the normal brain tissue.

Fortunately this is a disease which has some treatment options. Lucy now takes daily medications and was started on a special diet (Hill’s b/d for brain function) along with some supplements to help her body function better. She has lost her swollen tummy (her girth is back to a more normal 53cm), she isn’t having any urinary accidents, and her attitude and appetite are improved.

Lucy is a very sweet dog who is loved by her owners and we are glad that she has responded well. To learn more about this disease please feel free to contact any of the doctors at Hawthorne Hills Veterinary Hospital in Seattle, WA or click on the links below.

What exactly is Cushing’s Disease:  http://www.veterinarypartner.com/Content.plx?P=A&S=0&C=0&A=619